Philips hue starts on alarm time instead of before (sunrise)

Detailed description of the problem:
I recently add a Philips hue (white) in my room to add a sunrise alarm (bought especially for it)
However, sunrise doesn’t work as expected.
I expect my alarm to switch on light 24 minutes before time to wake up, but it switches on at time to wake up.
I followed (from my best) to follow this : docs.sleep.urbandroid.org/devices/smart_light.html

Note : im my opinion, this is very unconvenient and counter intuitive. I dont understand why is this not in a own personnal menu “smartlight” like :
[smartlight]
[] sunrise
— Start time before alarm : xx minutes
— Start at : xx%
— Until : xx%
— Raise during : xx minutes 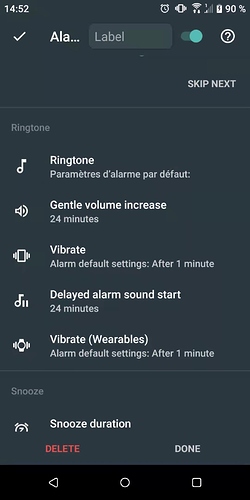 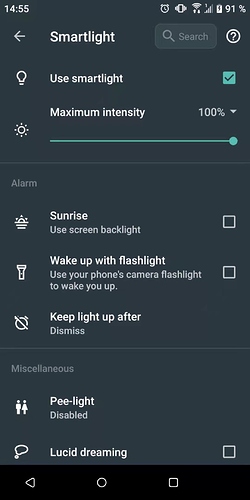 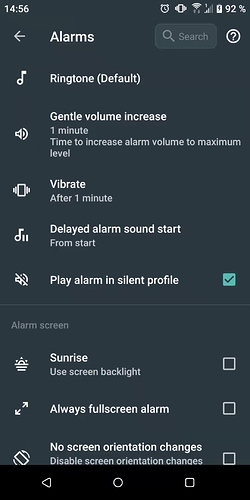 As far as I know, and I have my color bulbs linked to Sleep As Android, that is the way it is intended to work so your audio alarm doesn’t blast you with sound at alarm time.
So I set it to start with the alarm slowly starting as well.

There is another option, if you wish. If you want a loud alarm sound with slow light increase, the documentation tells you how. But the alarm sound will not be gentle. After the lights are all the way up as you choose, the alarm will sound loudly, too. I don’t want that, but yes you can do it.

Okay, so there’s an option to do that, but you won’t hear the music until the time of the alarm. I don’t want the music to come on
at high volume! Just set the alarm earlier - 24 minutes earlier. And both music and light will slowly wake you up.

From the official documentation:

"Now, to have a truly sunrise wakeup, you probably want the smartlight to turn on before the alarm rings.

To set that up, head to Settings → Alarms → Alarm sound start and set it to some period. At the time of the alarm, only the smartlight will turn on at the lowest brightness and gradually brighten up until the set period passes. Then the alarm starts ringing. (LOUD).

You can adjust the speed of the sun-rise effect by changing the period of Gentle volume increase. The longer the period is, the longer it takes to get from dark to full light."

That’s the documentation, bold lettering is mine for emphasis.

Give it another try as the app directs you.

If I’m wrong, please correct me. I don’t want to be blasted with sound. If that doesn’t happen, fine. If that does happen, I will leave things as they are.

Thank you for your answer.

As I said before, I did my best to follow the instructions but… I misread. (non english native)

This morning, I found (hum, my wife did… :D) that the vibration only rang and the light was on, so I guess it is the good way to do.

I still have one question : How the snooze will work ?

This morning the light switched off, but I think I got woke up again by vibration instead of sound (not sure).

Merry Christmas to you too

The modifications worked as expected, however for some reason the snooze time limit didn’t apply as expected.

I set a 25 minutes snooze limit, but the app allowed me to continue snoozing, even after 8h30 (alarm clock is set to 7h30).

That’s one feature I don’t use: snooze. I remember it from old-fashioned alarm clocks and it always ended up ruining the morning mood. Because after you run out of snoozes, you gotta get up. So I disable it. I do know they’re always working on it to make it better. So someone else is going to have to assist you with it because, for me, if the gentle increase of both light and sound doesn’t gradually wake me in a lighter sleep, the snooze is just going to repeat the unpleasantness. Cause I can go right back into a fairly deep sleep with snoozing. That’s usually the most tired time: before you awaken.

For me, I use an alpha wave piano music entrainment alarm along with the stimulating morning binaural beats from the app, so I really don’t need snooze most of the time. I’m up! Doesn’t matter what time I get up, either: the artificial and gradual “sunrise” takes care of that. One day I can get up at 6:30 AM, the next at 11:30 AM. And the room is pretty much sealed off from the real sun, so I don’t even know the difference. Before SaA, that was impossible and made life difficult in the AM. Getting up in the dark in winter can be tough; this fixes all that. I had tried an old sleep tracker called Sleep Bot and it was ridiculous. It was never accurate and I fooled it every time. The developers here, by contrast, are quite modest, so I will say it: SaA KNOWS exactly when you’re awake, when you’ve drifted into N1 stage sleep and then a combination of N2 and N3, and usually knows when you’re dreaming. Pretty amazing to me. The old one was easily fooled. You can’t fool the algorithms they’ve written for SaA. You just can’t; I’ve tried. You can’t.

The app takes practice to get the most out of its cornucopia of features. I’d say dozens of features, if not more.

I wish I could experiment with it for you, but I just need as much sleep as I can get. And this app has broken my lifelong insomnia. I may stay up late to work on something, but when I choose to go to sleep, the pink noise with slow wave sound in it really does the job. There’s another great sound in the “radio” collection called “Sleep Pill,” which I use for quick naps and it really, actually works! Knocks you right out. I don’t know how but it does.

I wish I used Snooze so I could help, but I haven’t used “snooze” since I was very young and had to teach very early classes. Eventually, I realized “snooze” was doing more harm than good and stopped using the snooze button. But most people tend to like it.

And thank you. Stay safe and enjoy Christmas! It’s a brief respite from all this stress of this bizarre year.

I think you and I use SaA very differently

For me, Snoozing is my little pleasure of the morning, my way to say “I know I have to go to work, but at least I still can decide when to wake up”

I never thought about alpha waves as alarm clock, could be nice to try

I dont use anymore the (second ?) main feature of SaA, sleep tracking. I used to use a MiBand to track my sleep, but it turned out that it gave me allergism, so I stopped.

Thank you for your replies, I’ll try to experiment to find the best mix in settings for me to have the best waking up experience